Need It In a hurry?

Our expedited service puts the digital files in your hands within 2 week days of package receipt.

We begin digitizing as soon as the package arrives, then use the cloud to send the digital images to you.  Cloud delivery not available for video orders.

Digital Image Delivery via the Cloud 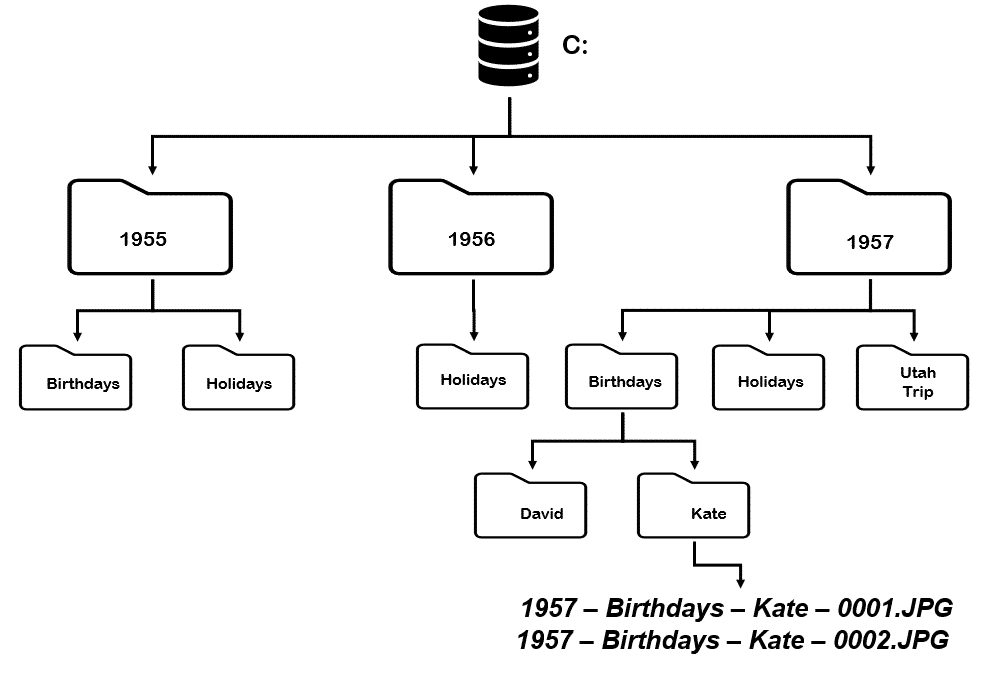 Keeping the digital files in the same order as the physical originals is important.

Using senior operators & special processes, your images are scanned in the order they are received.  We can't guarantee that we never make a mistake, but we try really hard and get it just right almost always.

Folder Structure and Keeping in Order

Using the physical organization of the originals that you create, a digital organization structure is created for your digital images.  This is how we do it.

Each group in your physical organization becomes a file folder as shown above.  You can create groups within groups if you like.

The best way to create your physical groups is to use rubber bands to hold individual groups together.  If you want to have groups within groups, putting all the stacks of originals you want grouped together into a zip lock bag, and label the bag.

Going even further, we use the folder structure to create meaningful image names.  The image name will inherit all the folder names in the structure above it, then we tack on a serial number to control the sequence.

You have your choice of an optical disk, thumb drive, external hard drive, or cloud delivery.

Getting a digital images of your photo album is easy and inexpensive.  The maximum size is 11 x 17 inches.

Each photo is removed from the album, scanned, then returned to the album.

We will supply Quicktime (mov) files for Apple users

We will supply MP4 files for Windows users.

We do not offer any other file formats for video.

Our default file type is JPEG-LS.

If you prefer, we can supply TIFF files for an additional $0.10 each.

These are the most frequent symptoms we hear about, and how to fix them.

My computer is taking a long time to open my images

The DVD won’t play on my TV

The movie won’t play on my computer

The computer is asking if I want to merge these folders

Sometimes, you order spans several disks. We write the data onto the disks in a manner that allows the data to re assemble itself into the folders where it belongs. This is called “Merging the folders”. Answer “yes” to the popup, and your computer will put all the images where they belong.

Some of my images are all red

This happens when the blue and yellow colors have faded away.  Our policy is not to attempt additional color corrections, as it requires the artist to guess what colors were there.

All my images look slightly blue or red

All my images look washed out

This can occur when the device you are viewing your digital images is set to be really bright and\or have a very low contrast. DpsDave images are adjusted to appear just a little dark, as most people have their monitors set a little too bright, as too bright makes reading easier.

I found an upside down or sideways image

If you are using your computer to view individual images, you can rotate an image by hovering over it and right clicking the mouse. This will bring up a menu with “Rotate Left” or “Rotate Right” among the options.

If you are viewing your images as a movie, please contact DpsDave, and we will correct the error and make you a new movie.

I found a backwards image

If you are using your computer to view individual images, you can rotate an image by hovering over it and right clicking the mouse. This will bring up a menu with “Edit” as one of the options. Left click on “Edit”, and your image will be put into you default photo editor program. Locate the “Rotate” icon in the menu bar, and click the down arrow. One of the options that shows up in the dropdown menu is “Flip Horizontal”. Click on “Flip Horizontal” and the image will make a mirror of itself.

See what magic our digitizing technicians can work! How to order from DpsDave!

There is no payment upfront, and this makes it even easier!

Whether you want to do it yourself, or have us help you, we have many options available!

You select shipping assistance options on the checkout page.

If you're doing it yourself (most people do) you might visit our Safe Shipping and Packing Tips pages for more information.

when the box arrives, we log it into our database, and an email will be sent automatically.

It's nice to know the package arrived safely, but more importantly we're taking this opportunity to check the return address one more time, and to let you know when the digital photos are schedules to ship back to you.

The UPS truck shows up at our back door at 3:30

Our job is done, and the photos begin their trip back to you. In a couple of days, the UPS driver will arrive at your door with your box.  Inside, you'll find your originals and a DVD or USB stick with your digital images.

During the 60’s and 70’s, I was an avid photographer, using a 35mm camera my father gave me. I didn’t have much money, and since slides were cheaper than prints, I always had my pictures developed as slides. I intended to print the good ones someday, but someday never came. Forty years later, with thousands of good slides and no prints, I noticed that the color on my slides had begun to fade! Darn.

As it turns out, it is a good thing that I never got around to making those prints! Prints also fade, and making all those prints would have been a waste. Still an avid photographer, I had made the switch to digital years ago. I could see that my good old slides weren’t going to last much longer, so I investigated commercially available slide scanners, and was not satisfied with the quality of the output. Eventually, I created my own slide scanners, and that was the beginning of this company in 2009.

PRIVACY PROTECTION: We are concerned about the Privacy and property of all our clients.  we will protect your Property at all times while it is in our possession, and the Privacy of your information and images to the best of our ability. 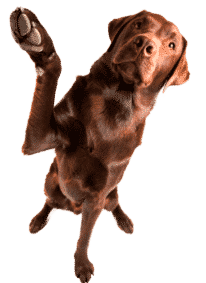